A sea of oxidizing fescue.  I mowed a small portion of this hill in December for sledding.  I wish I hadn’t.  The cows grazed the hill to the left in November and again in February.  They won’t see it again till May. 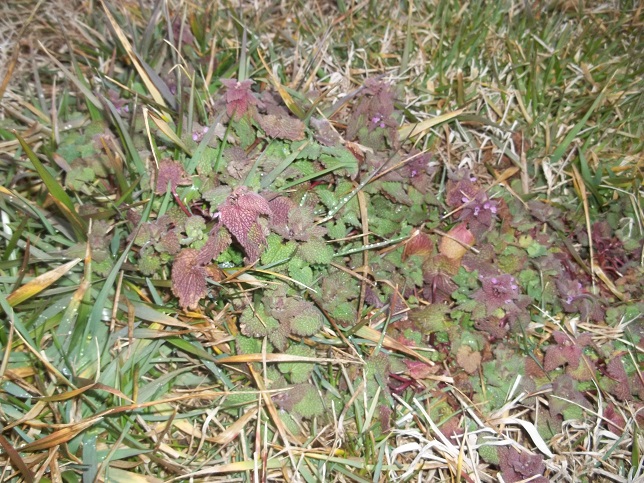 There are a few clumps of henbit emerging on the hillside.  The grasses the cows prefer are starting to sprout away from the clumps of fescue.  Not much else happening.

This is the primary sledding hill by the cemetery.  The grass was pretty thin when we left the drought last Fall.  Pigweed stood in tall masses at the top of the hill, honey locust sprouts dotted the slope.  It was pretty nasty.  Hopefully we’ll use the cows correctly to push succession forward. 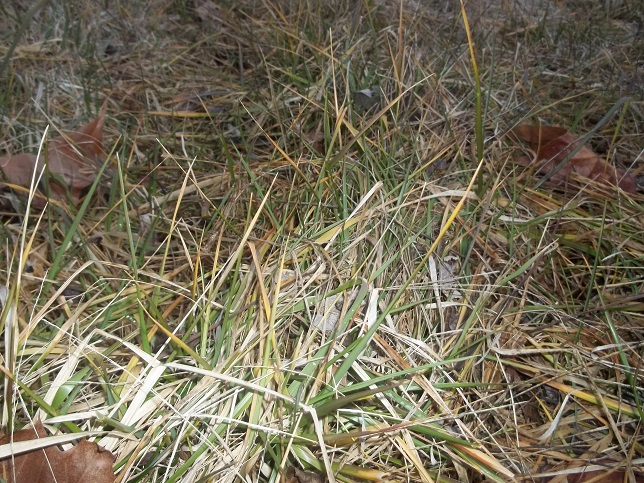 I invited dad’s horses to graze about 1/4th of an acre down to the nubbins.  This area is always a thick carpet of fescue.  The horses carpeted it with manure and pounded it with hooves.  It was awesome!  When they got to the bottom I could see a the bones of a honey locust I cut down a few years ago.  The tree (and most of its thorns) are now burned up and I have seeded the area with clovers and a variety of grasses.  Wait till you see the recovery picture!

Nearer to the house the pigs have really made a mess of the pasture.  3 pigs above 250 pounds have to be moved frequently.  I want disturbance not destruction.  Where they dig I kick the clods back into place and overseed with grasses and clovers.  Please notice the pigs are clean and dry.  Trust me when I say they are happy.  They have room to run, work to do, fresh air to breathe, they can see the sun where most pigs are bored, confined, smelly and indoors.  The pasture will heal quickly.  The pork will be delicious.

The alfalfa was just starting to emerge.  I do some crazy stuff…some of it out of ignorance, some of it because I just don’t have the time to get everything done.  I continued to move my layer flock across the dormant alfalfa field all winter.  If that damaged the alfalfa I can’t see it.  The emerging plant population does not appear to be diminished.  That said, I don’t care for the empty spaces between the alfalfa plants.  Nature will fill those spaces, probably with fescue.  I think I should beat her to the punch.

I’ll post my April stroll soon and will try to show the recovery that follows the pigs.

One thought on “Strolling Through the Pasture March 2013”