SO, I ask myself over lunch at work one day, “Why Cows?”

A: That’s a great question, self.  I’ll tell you.  First, because I’m lazy.  Cows don’t need much in terms of time or inputs.  No feed grinding, no extravagant fences…just grass, water and wire.  Second, because I don’t want to mow (see Lazy) and need a way to cycle nutrients.

Q: So what does that mean in terms of annual revenue?  Go ahead.  Answer me as if I’m naive.

A: That’s not such an easy question to answer.  We have gone over some of this before but let’s do it again.  I’ll try to break this out a little bit to make the math easier and I’ll go ahead and make it personal…ish. 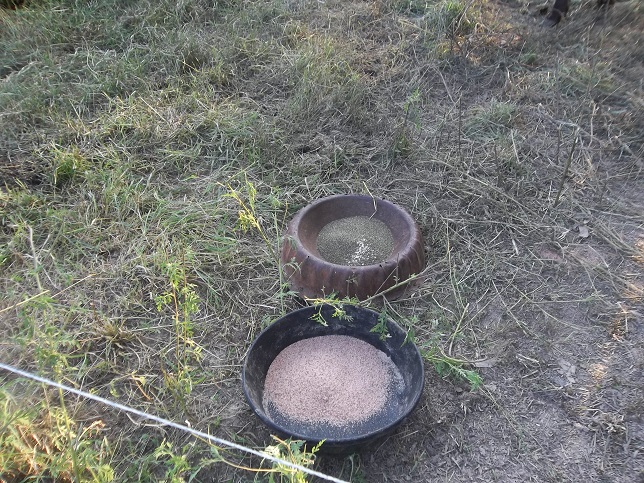 With gross income of $39,480 and expenses of $18,720 (we already accounted for kept heifers worth $4,185) we’re down to $20,760 ($346 per acre)…before we pay tax.  Now, in truth, my farm expenses are higher than what we have accounted for but the cows, as an enterprise, command market price for pasture rent and don’t need me to own a tractor, build big barns or to watch cable TV.  I could dream of charging my cattle business $20/hour for my time but they would fire me in favor of $7/hour labor.  From a business perspective, I’ve outlined what a cow costs, not what a farm costs and certainly not what a family costs.  My farm payment isn’t the cow’s problem.  My lifestyle isn’t the cow’s problem.  See the difference there?  As a business unit, the cows can earn their keep…it just isn’t hugely profitable.

So, again, after paying myself minimum wage to move cows (because we’re limited by the market, not my desires), the farm kept $20,760 from the cattle operation.  That’s about a 6% return on the farm’s investment.  10% is a magic number.  It’s high enough to attract interest in business, not so high as to attract too much attention.  It’s enough to maintain fences and infrastructure, enough to help fund additional enterprises on the farm, and enough to help save up for a rainy day.  But I’m looking at a 6% return…assuming I can keep my farm fully stocked.  By the way, we’re not fully stocked.

Now, to help out a bit, land ownership is separate from cattle ownership.  Gordon Hazard says his cows pay him for pasture usage and all of that money goes directly into an account for buying more land, that he paid for the original land and herd with his off-farm work.  That sounds familiar.  The farm income is just enough to cover the farm payment each year.  There is little left.  I made $7/hour for working a little over an hour/day…but, after 30 years the farm is mine…along with a pretty nice herd of grass-genetic cattle.  It is important that the land carries the debt and not the cattle as I can take the cows with me if things go bad.

So the cows can carry the farm.  Those cows don’t need much from me for that money…but it’s not a whole lot of money.  And the income would not be steady, it’s highly variable.  Some years I’ll need more hay.  Some years I’ll have to sell stock to stand a drought.  Then I’ll face a few years of reduced profits as I rebuild herd numbers.  But the math seems to work…it’s just not going to make us millionaires any time soon…and I’m probably not going to quit my day job.

A:  Well, I can work to cut costs.  That might help.  A little.  Going without hay would be a big boost…can you imagine if I had to feed hay for 120 days instead of 60?  Maybe if I had permanent paddocks I could simply subdivide.  Then I could spend less time building fence…but that only goes so far as my labor costs are already quite low.  What if I grazed somebody else’s cattle and they bought the hay?  Now there’s an idea.  I’ll have to put a pencil to that.

There are other enterprises I can pursue to add to the bottom line but pimpin’ eggs ain’t easy.  Nothing is easy…and nothing takes as little time as the cows.

A:  I don’t know.  I really don’t.  I have customers asking me for pastured beef.  I’ll have to raise some of those calves to slaughter weight.  That cuts down on the number of cows I can carry but it enables me to de-stock my farm quickly during a drought.  My revenue will be lower but I would be more flexible.

Q:  So, Mr. Steward, how long till you retire and farm full-time?

A:  I think this all shows that cattle are not likely to be a primary source of revenue on my 60 acre farm but they are the primary tool we will use for nutrient cycling and the foundation from which our other operations launch.  We work to run a truly diverse farm as the more uses I have for each acre, the more profit I can derive per acre.  Add in timber, hogs, sheep, chickens and recreational value and we might start getting somewhere but something has to mow the grass.  So we have our solar-powered lawn mowers that need attention for about an hour/day and pay the rent.

So I guess that’s that.  The cows will pay the rent and cycle the nutrients but won’t, by themselves, allow me to quit my day job…at least as long as I’m limited to 60 head.  Now the hard part: Getting to 60 head!