Just one week after the official beginning of our calving season, we are almost two-thirds done calving.   That is impossible for those who do not calve in sync with nature.  Since all calves are born with a summer hair coat, doesn’t it make sense to calve in warm weather?

That’s pretty much the boat we are in. Our animals were all naturally serviced in a short window and it has taken 17 days for four out of five calves to hit the ground. The cows were on pasture all year but we turned them on new grass 2 months ago. They are fat, healthy and clean. The grass is tall. The air is warm. Calves are all coming unassisted. We just look away for a second and look back and there’s a calf up nursing. 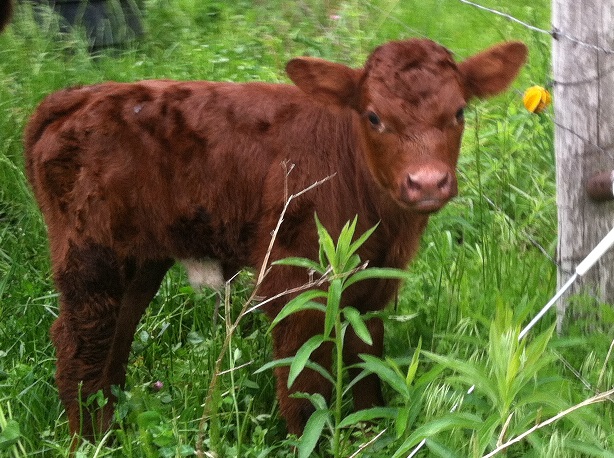 Certainly some of the vigor we are seeing in our calves is due to the bull we used but there is more than just that. Certainly some portion of calving ease is due to herd genetics but that doesn’t account for the whole picture either. The calves are warm. Their bellies and moms’ udders are kept clean by tall, fresh grass. They are standing, running and romping on firm ground. Mom is making milk just at the time when the pasture is at its peak of production.

So now the question…should I breed at the same time this year? Last year the bull arrived on July 27th. Three heifers did not breed. Did they miss because they were inferior animals? Too tall? Infertile/unhealthy? Were they just too hot when the bull was here? So far, all heifers bred on their first cycle but the bull was here until the end of September. Do those other three really have an excuse? Really?

I don’t know. I mean, I guess I can stick with the same window and continue selecting for cattle that will breed in the heat. It’s hard to know what is best. 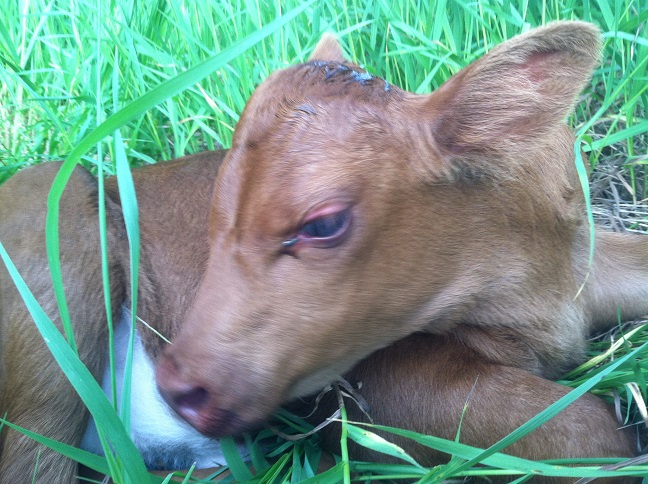 Our pastures are dominated by infected fescue. Infected fescue does all sorts of bad things to cattle including increasing their body temperature. Lots of ranchers just to the west of us breed in December to calve in the fall flush of growth and take advantage of stockpiled fescue when it is of the highest quality…when it is frozen. Then they wean in the spring when calf prices are high but to this point we have allowed the cow to wean the calf herself…at about 9 months. That’s no big whoop either.

10 thoughts on “Calving When it’s Time to Calve”