Yesterday I said it helps me to feel better about the workload if I’m getting paid for the work.  Now, I’m not talking about gross farm income, I’m talking net…after expenses and taxes, but I repeat myself.  Let’s see some return on investment here!  If it costs me $12 to make a product that sells for $10, we’re not going to last.  I can sweat through my clothes before 8, pick mountains of berries, eat fresh chicken and pork while restoring the local ecology right up until the day the county shows up asking me why I haven’t paid my taxes.  Then the reality hits home.  Caesar wants his propers.

I have to do more than just work.  I have to generate a surplus.

This is important so I’m going to dwell on it further.  I want to pause to clarify that this is not a “Wait!  Don’t do it!” post.  I’m all in favor of you chasing down your dreams as I chase mine.  We need more producers and that’s “we” as in the community of innovative, alternative farmers, “we” as in consumers of quality food, “we” as in a national economic body and “we” as in inhabitants of a rock that needs a little TLC.  Maybe a few more “we’s” as well.  Now is the time to start.  There is so much to learn…so much to do…you better get started…but take a moment to consider what you are going to do and how you’re going to pay for it.

I have to get paid for my work.  Work may be its own reward but profitable work brings home the bacon.  The Labor theory of value (put simply) states that “The value of a commodity increases in proportion to the duration and intensity of labor performed on average for its production.”  Adam Smith wrote that the exchange value of a good was “equal to the quantity of labour which it enables him to purchase or command.”  Much later Marx defined “Labor” as “the actual activity of producing value.”  So, according to this theory, I can make black caps or red caps with the same labor so they should be valued the same.  Unfortunately this is entirely wrong.  Black hats are, like, soooo 2012.  Red hats are in fashion now.  Neither are useful to people living in the frozen north who want ear flaps.  Value comes not from the laborer but from the consumer.  I can put an enormous amount of labor into creating something but for any of several reasons consumers may reject it as value is subjective and customers are fickle.  Betamax was arguably a better technology than VHS but we all ended up with VHS players…until we got DVDs and later Blue-Ray and later streaming technology.  Just as there is always more work to do there is, apparently, always more stuff to consume…we never get enough.  People will buy anything, pay any price no matter the labor that went into the production of the good.

Back to the point, it may cost me $12 per pound to produce a chicken but I’m probably not going to sell many $48 chickens as long as there are alternatives available for less.  You must produce efficiently or you will price yourself out of the market.  Further, just because you are working and money is flowing in doesn’t mean you are getting ahead.  You can’t simply be busy.  We often see people at craft fairs losing money on every transaction but filling the boring days of their retirement.  This practice won’t buy a farm (or power a nation).  You have to create more value than you consume and the value of your creation is defined by consumers.  You have to provide a good or service that people want…and $48 chicken is a hard sell but, apparently, an $85,000 Tesla S is a bargain.  Well, it must be.  They sell a lot of them.

We are, as defined in Mises’ Human Action, actors.  We weigh options and take action.  If the option before us will not benefit us we do not act.  As a consequence we always act in our own best interest…unless we don’t.  I like the taste of Coke products.  Mmmm.  But it is to my long-term detriment to consume Coke products.  I have to believe a heroin addict is following his own perceived best interest by using.  Similarly, owning a farm may be the fulfillment of a dream…until the dream turns into a nightmare.  In Knowledge Rich Ranching Allan Nation points out that there is a 99% turnover rate of “Urban Pioneers” in Montana in only 9 years.  That means people took what appeared to be positive action but either it proved to be a mistake or they followed the wrong path.  9 years into it, they gave up on the dream.  From my own experience, they then spend the next 50 years telling other potential “urban pioneers” not to go because they tried it and it doesn’t work and there’s no money in it.  You rarely hear an honest, “Well, I think it could be done but we went in starry-eyed and naive.  If we had only tracked our expenses and planned for a multi-year learning curve.  We had so much to learn and do but didn’t give ourselves enough time.  We needed a mentor.”

Look, I have made a little money in my time.  Not much but some.  I have rarely made money on accident.  You have to plan.  You have to find an edge.  You have to get up early after a snowstorm at age 10 to make a few bucks shoveling driveways.  You have to call your buddies the night before and work out who will go to which house, going to bed praying it will actually snow during the night.  You can’t show up too early or an angry woman in a robe and curlers will invite you to leave.  You have to show up early enough to beat the tractors that will plow the driveways for free.  It’s all about market timing and timing takes planning.  You have to plan…even if you’re 10.

The Summary of the Problems

So the problem is this: I have to make something that people want…and have to do efficiently enough that I have something left over.  The problem with the problem is that there aren’t always immediate consequences for mistakes.  Your 5-acre horse farm may not wipe out your bank account immediately.  Those 5,000 broilers may only lose you $1 each this year but, over time, if you aren’t providing value to consumers – and doing so efficiently – you’re heading for disaster.  If you’re going to keep this farm thing you have to at least break even.  If you’re not getting paid to work….why are you working?  It is worse than a waste of time and materials to make insulated wool hats with ear flaps to sell at a July market in Oklahoma.  Though Smith and Marx disagree, we would all be better off if you had done nothing.

So what’s the solution?

Beyond planting trees, moving cows and building fence, somebody has to pay for this lovely country estate.  If we can’t pay for it, some mean person will show up, demand the keys and explain that we have to leave.  Then someone else will get a chance to farm this ground.  Even if the land was ours free and clear we would still have to work and would still feel better about that work if the fruit of our labor found a ready market.  It is deeply satisfying to produce something that people enjoy…to add value to something that makes someone else’s life better…to be a part of a voluntary transaction where both parties come out ahead.  I get a little money in exchange for a little bird.  The money keeps my farm running.   The bird keeps your family healthy (for several meals).  The transaction strengthens both the local ecology and the local economy.  That feeling of satisfaction helps get me started early in the morning on butchering day. 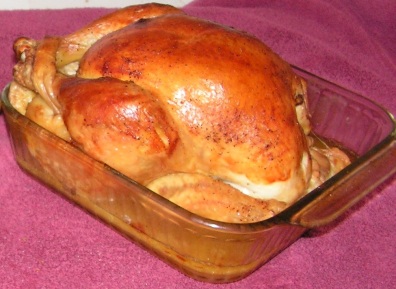 What does it take to keep a 60 acre farm running?  Stay tuned.  I’m going to share a realistic but somewhat fictional budget of a farm just like mine.  I also have a separate post coming where I want to explore why we have a moral imperative to produce more than we consume.

3 thoughts on “May As Well Do Nuthin’ for Nuthin’”