Every night the cows come up to the shed where we feed them hay.  We do this so we can separate the calf so there will be milk for us.  In the morning, we milk while feeding them dried molassas and oats with a turnip, beet, daikon radish or whatever we can find.  Otherwise, during the day, the cows are still grazing.  Horses too.

The world is frozen this morning.  Cows, goats, chickens and pigs all get ice water.

Cows are having frosted fescue and ryegrass. 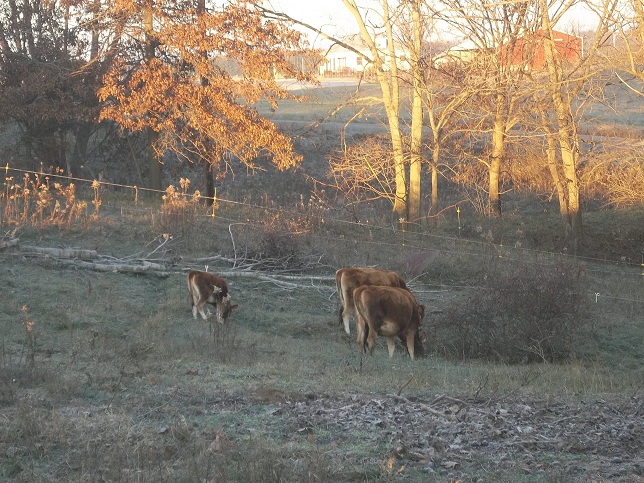 We’ll continue grazing our way around the North side of the combine shed and into the pasture to the West.   That amounts to about 2 acres of grazing that hasn’t been touched since about September (when I finally fenced my cousin’s cows out of my pasture).  Little by little we move the electric fence opening more grazing area.  I don’t have a back fence up on this pasture as the grass is pretty much finished. 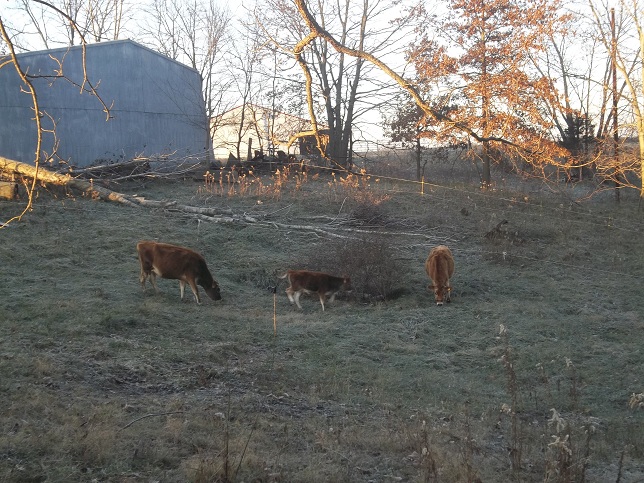 Then there are another couple of acres to graze in the bottom when we get around to it.  The cows on the next hill are the neighbors and they are grazing wheat and turnips that were sewn when the corn was tall.  I can graze the bottom just down the hill from grandpa tree.  That too has been untouched for several months.  It would be better if it had rested since July but…next year.  Unfortunately it’s not wheat and turnips.  It’s fescue and goldenrod. 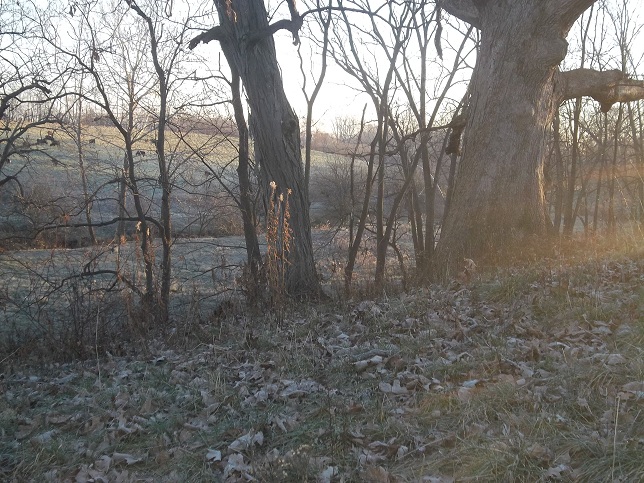 Ah, goldenrod.  These leaves are pretty much what is left of goat pasture.  Poor goats have been on hay since the leaves fell.

The horses don’t seem to mind the fescue so we’re stretching their hay by rotating them where the cows have already been.  I have a hill near the horse barn that is a solid mass of fescue foot deep.  The horses do a good job grazing it down to the nubbins, fertilizing the ground and tearing it up with their hooves.  This will make a good seed bed for clover in the late winter. 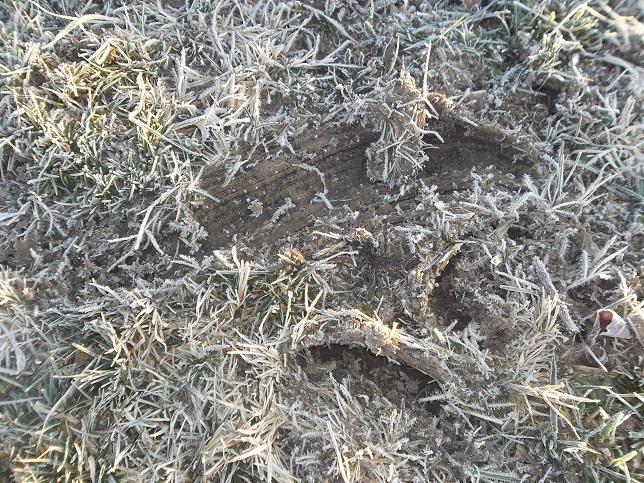 So that’s the state of things.  We encourage the cows to graze as frost makes the fescue more palatable.  The horses munch, stomp and deposit.  The goats nibble leaves and seed heads where they can find them.  We keep notes on what is out there and are determined to do better next year.  Higher plant populations, greater diversity, more palatability, taller grass, more stockpile, fewer weed trees….the list goes on.  It’s mid-December and we’re still grazing and I feel pretty good about that.  Hope this keeps up.